Bringing order to the chaos of creativity

Make Magazine is an existing publication that caters to the maker subculture, but its content rarely reflects the cornucopia of creativity that its community produces. With this project, I aimed to create a more diverse and inclusive publication that showcases the DIY spirit. By making the magazine itself very minimal, the craft and skill of the subjects can shine through. 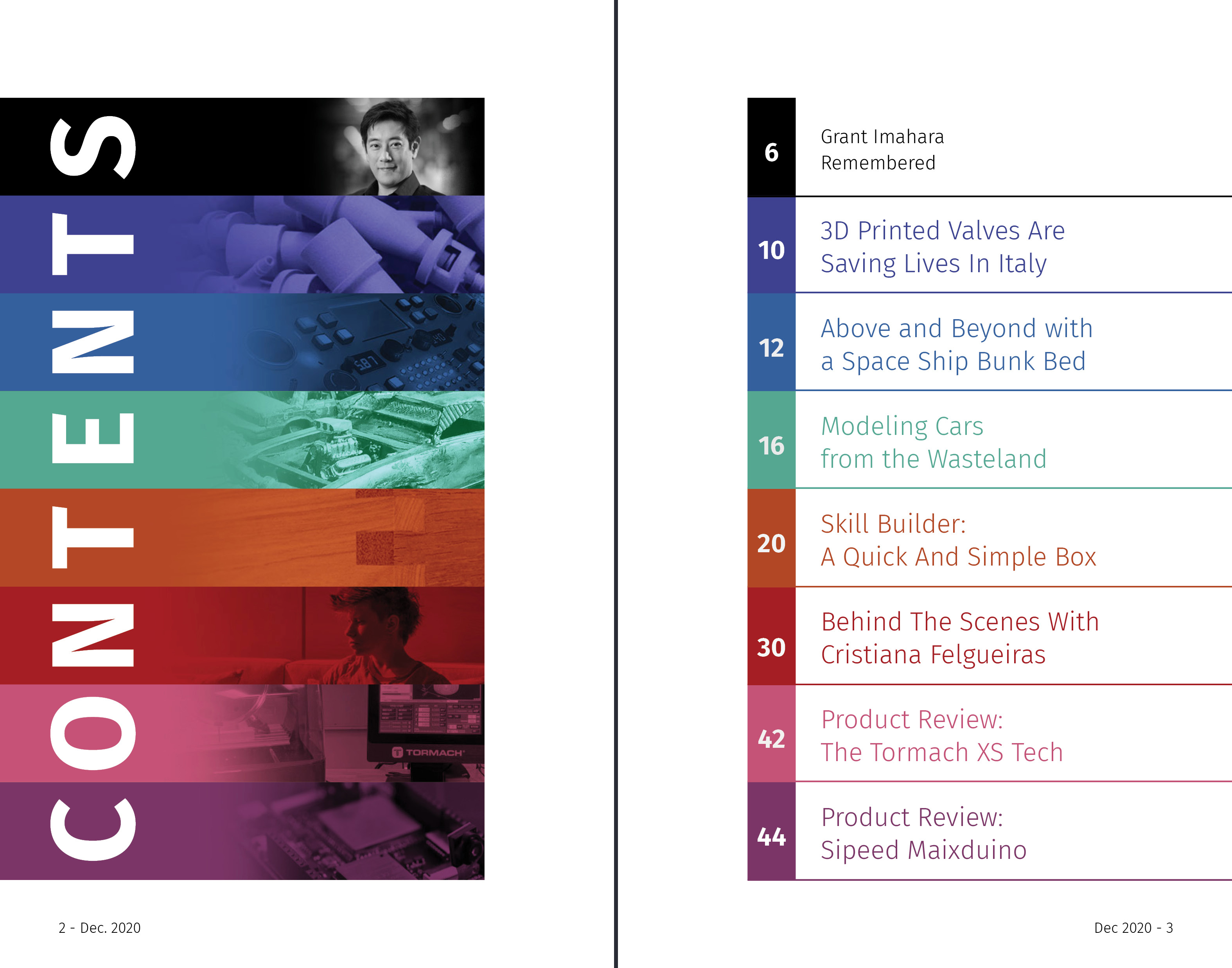 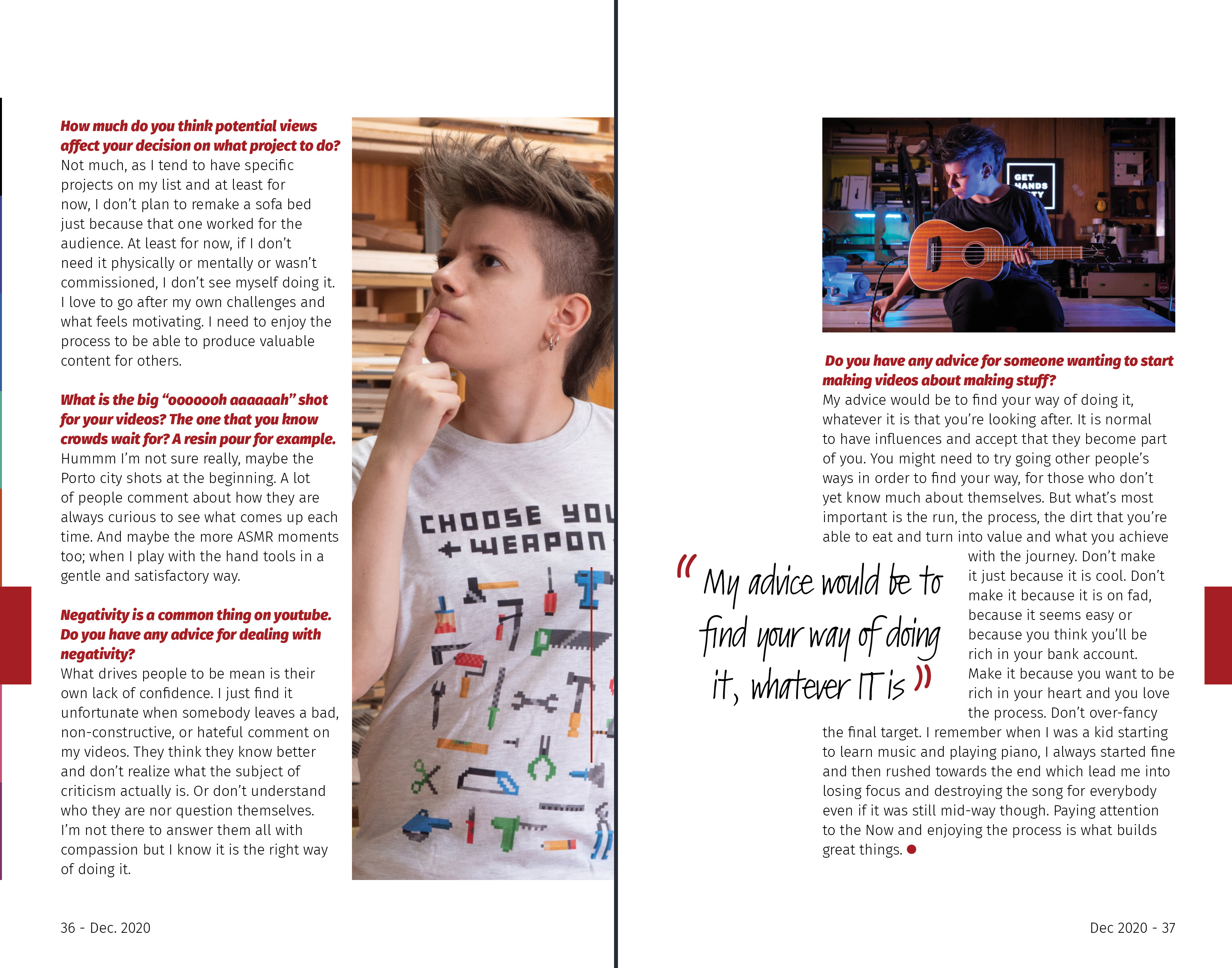 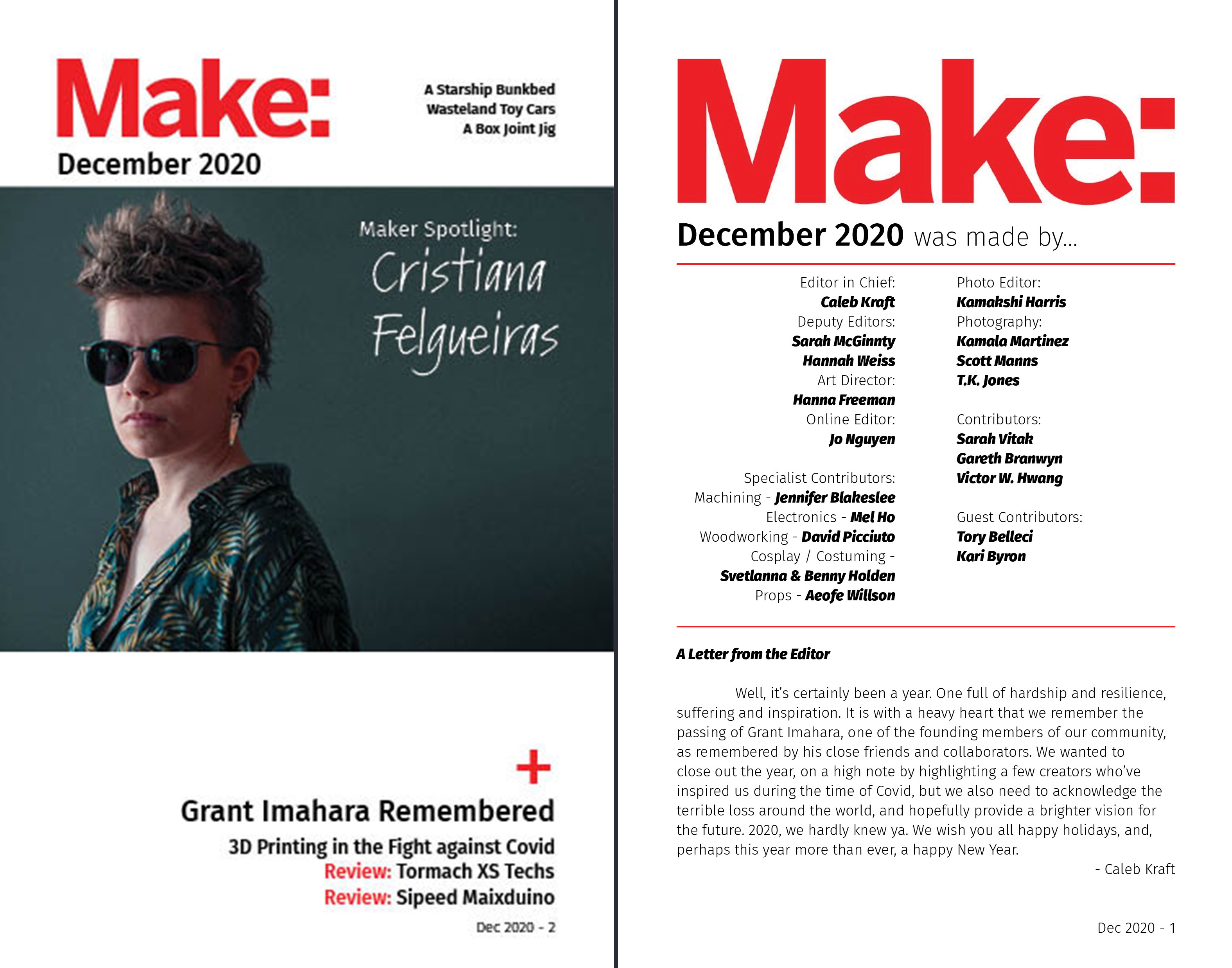 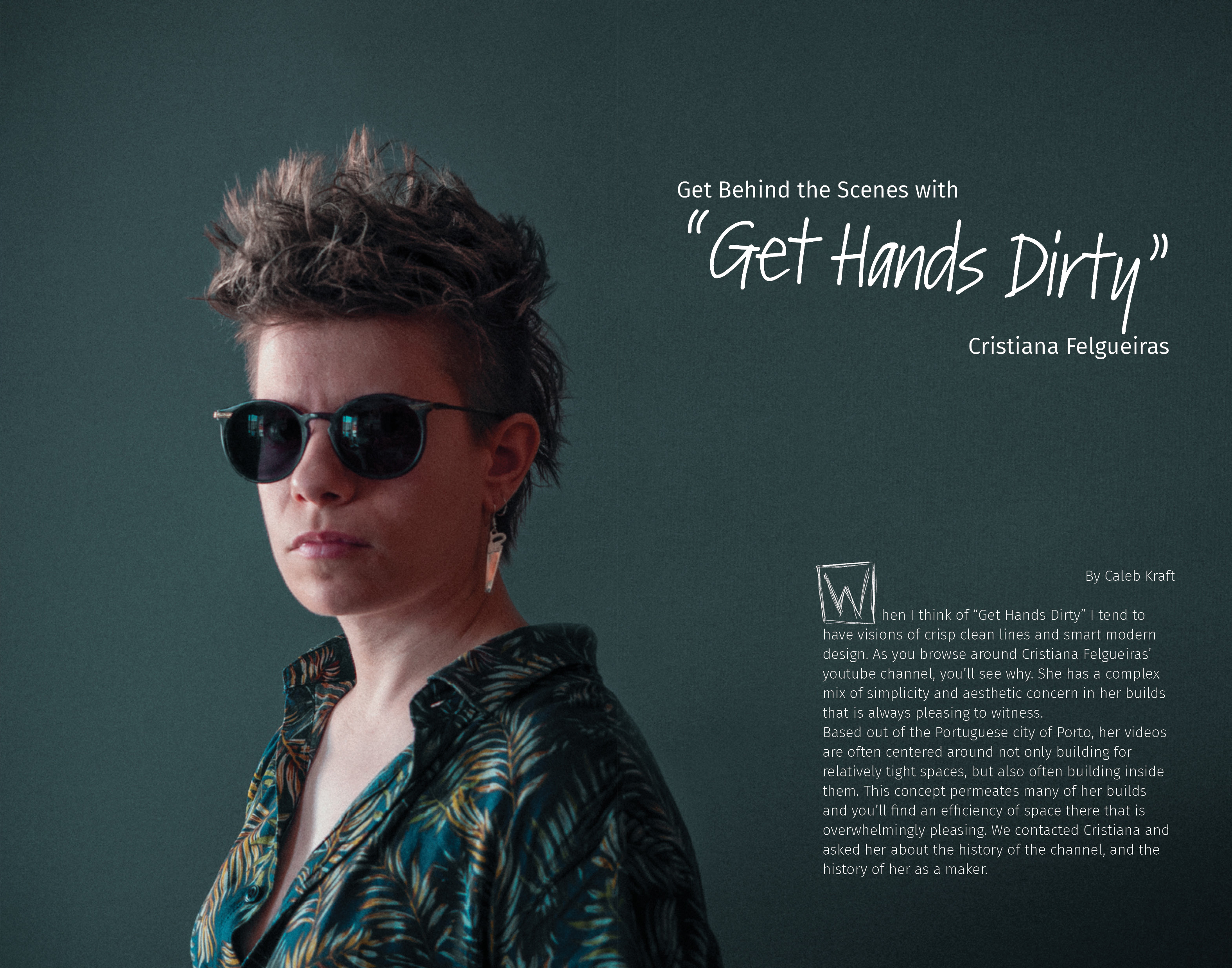 Make Magazine caters to the maker subculture, but its content rarely reflects the cornucopia of creativity that its community produces. It’s content is chaotic and confusing. How can I design a framework that supports and showcases the abilities of the makers, and how can we be more inclusive of the diversity in the community?

I was drawn to this particular Makezine because of their covers. They were dense and hard to decipher, with packed text and different weights. The interiors were a little better but still lacking in hierarchy. I was disappointed when looking through the articles at the lack of diversity, both in content and in the contributors. More than half of the articles related to hacking and coding. Coding is great, and certainly a big part of the Maker community, arguable hackers where the start of the subculture, but these days the community includes cosplayers, woodworkers, welders, mechanics etc. so having one topic make up the majority of your publication isn’t going to draw new or different people into your customer base.

On the topic of expanding the base, there was a disappointing lack of diversity in the contributors and community spotlights. Very few women and people of color. Caleb Craft in particular was writing a sizable portion of articles and working as editor-in-chief. That struck me as odd, and looking at the history of the company, it seems there have been some financial troubles with the parent company in recent years. Make magazine itself was moved from a bimonthly to a quarterly publication in 2019, so perhaps the lack of diversity was more circumstance than bias. A few dedicated employees bailed water. For the purposes of this exercise, I was assuming better funding and a slightly larger staff, but those real world limitations were something I kept in mind while working.

Content for this project was pulled from both previous issues of Make: magazine and from their website: makezine.com

I started out by doing an informal audit of the magazine’s “system” and their brand as a whole. The parent company Maker Media uses the same red and blue on white across their products. I think that the colors are actually fine, and their wordmark, “make” with the colon is actually really useful, more on that when I get to the cover. However, beyond that it seems like they are trying to pack as much material onto a page as possible, which makes sense if they are short on cash. So, keep the colors and the logo, everything else is fair game.

One of the things the magazine touts is its instructional articles. Step by step instructions on a particular technique or how to build something. I wanted the magazine to be something you could bring into the shop with you, and use it like a manual. For that reason, and to cut down on material cost, I decided on digest size (8.25x5.25), something that could fit in the pocket of your overalls. From there I set about creating a column scaffolding. My rough plan at this point was to have a fairly controlled layout, but I did still want some visual interest. I chose a 7 column layout because it let me still have some variety and interest that an even numbered system would lack.

Next was color. I was worried about the magazine being boring if it was all perfectly spaced grids of text, so I went with bright, saturated colors. This also kept in line with the brands existing colors, and I used the red from the wordmark as a flagship color. Rather than scattering color around randomly, I wanted to use it as navigation. Each article in the book would be given a particular color used for any elements like dividers, or the stop-mark at the end of the article. Finally each page of the magazine had a tab on the outer edge that corresponded to the table of contents. With the magazine closed you could still find your way to a particular article just by using these tabs. The cover story would always use the flagship red, with other sections grouped by color. Front-of-book was blue, featured articles were red, orange and yellow, and back-of-book product reviews would be purple. This structure would be repeated across each issue. There was an exception for this particular issue. Over the summer Grant Imahara, former host of Mythbusters and an active figure in the Maker community passed away, and article remembering him was given black as its color.

Product Design & UX/UI
Thank you! Your submission has been received!
Oops! Something went wrong while submitting the form.