Illustrating the value of a pen

Prompted to showcase the creative potential of a BiC 4 color pen in a OOH ad campaign, I created a series of illustrations that come together to form an iconic Seattle vista. The billboard would show each illustration for a period of time, before having the next layered on top. Starting with an oversized pen, commuters on the I-5 could watch as the billboard transforms from a blank canvas to a finished landscape. 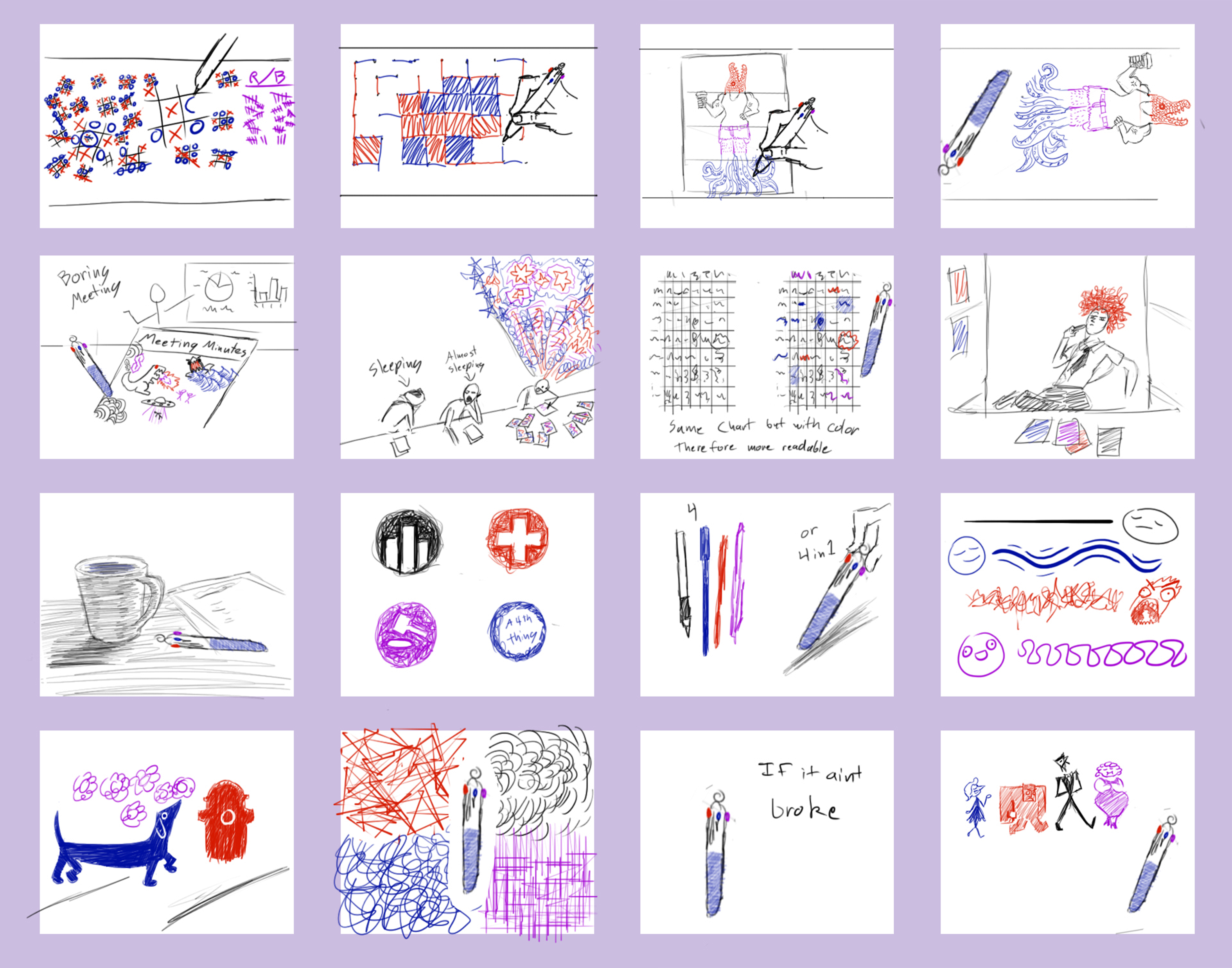 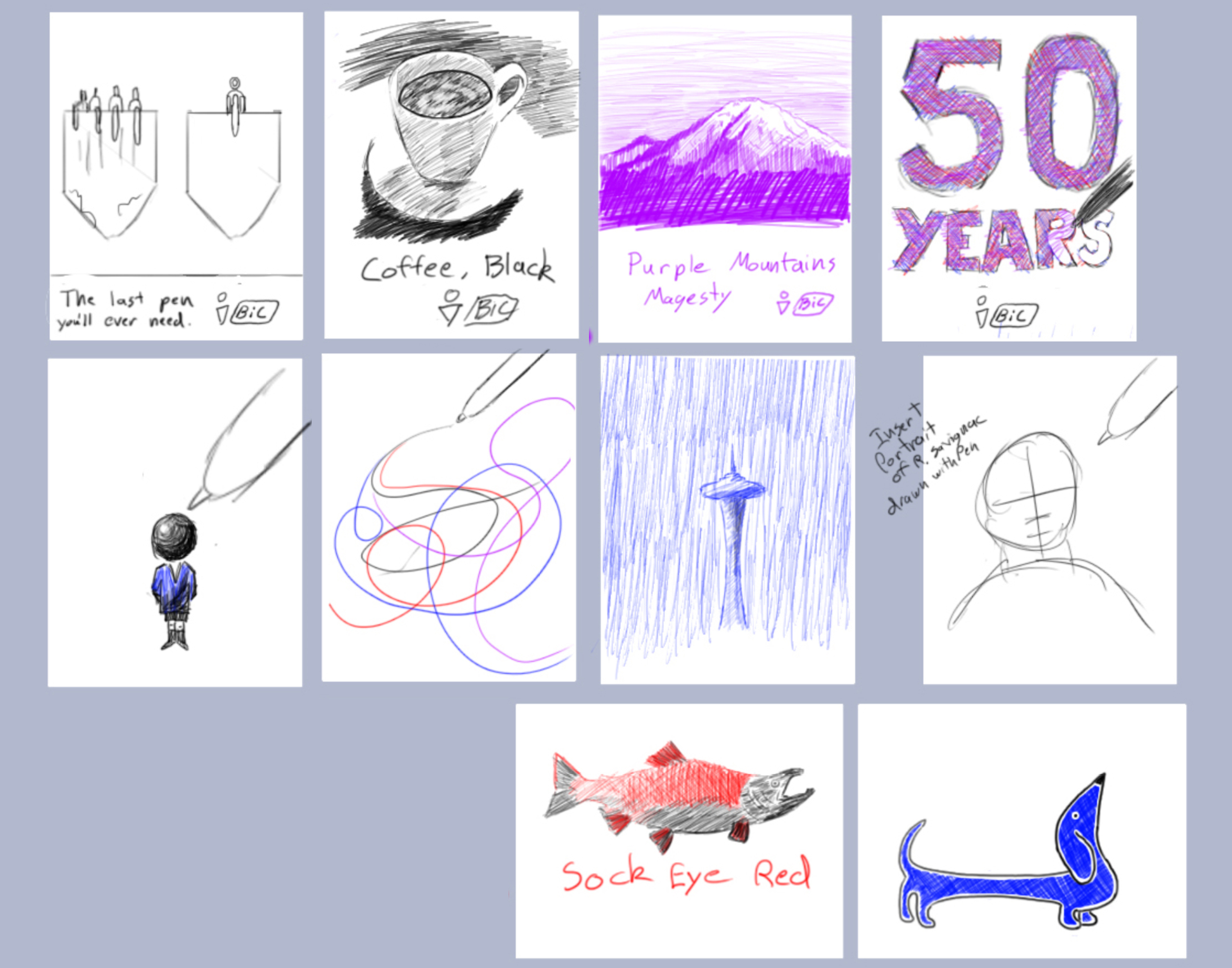 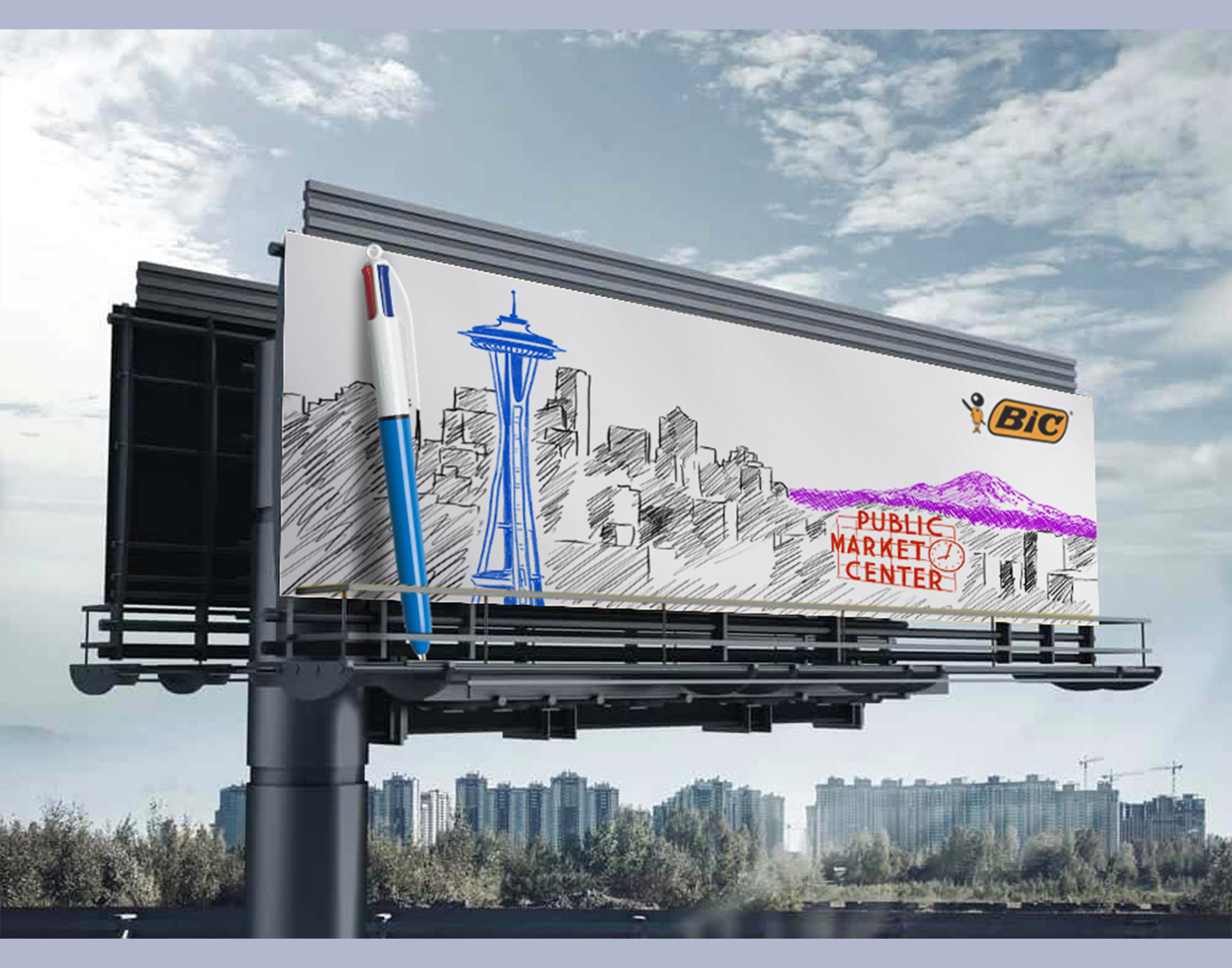 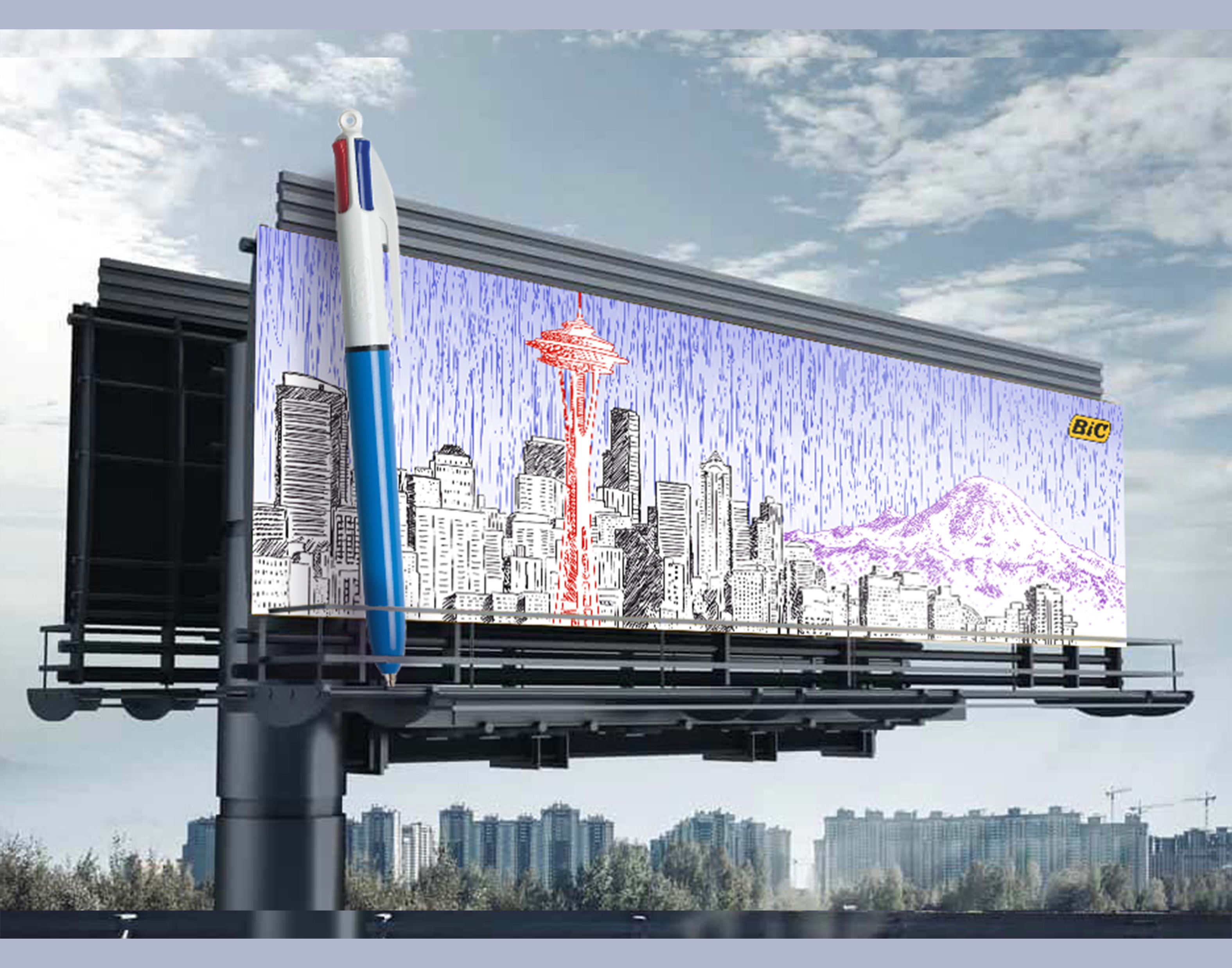 To commemorate the 50th anniversary of their 4-Color pen, BiC is releasing a special edition that contains purple ink. To get people excited about the pen, BiC is launching an OOH ad campaign targeting people in Seattle. How can we communicate the creativity this pen can offer a user base that is often indifferent about which pens they use?

After some preliminary research and spit-balling we started doodling. We knew early on that we wanted to make a billboard look like a giant piece of paper that had been marked up by the pen. Initially we played around with a number of ideas; doodles, meeting notes, small games. All these ideas felt as though they were being doodled by someone who was incredibly bored. While that might be an accurate representation of some of our target audience, we felt it was better to provide people an escape from boredom rather than call attention to it.

We returned to our research and looked back at the history of BiC’s advertising. BiC’s has made extensive use of illustration in the past, particularly illustrations by Raymond Savignac, who also designed their mascot, BiC boy. They continue to use illustration in their social media presence today on their Instagram accounts, sharing drawings submitted by customers of all skill levels.

Our first illustrations were an homage to Savignac’s work, but we found quickly that they felt dated. Additionally, after a quick informal survey we found that while Savignac might have been more familiar in his native France, very few people here in the US had the spark of recognition that we were relying on. So instead we chose to head local, and created a series of illustrations that collectively made up a stylized view of the Seattle skyline and Mt Rainier.

We wanted to utilize the actual colors of the pen, but found quickly that at billboard size they bled together and were unrecognizable. After some tweaks we had colors that weren’t technically accurate to the inks of the pen but looked more like what you’d expect if you actually drew the scene yourself.

While our drawings were solid, we were worried that people wouldn't understand that the billboard was being drawn on gradually. To solve this we added a giant version of the pen to the side of the billboard, as if each time the billboard changed, a giant hand reached down and drew on the next piece. This had the added benefit of making the initial, blank billboard seem less boring.

If this campaign were to go national  we would repeat the format and style. Illustrating different landmarks appropriate to each location.